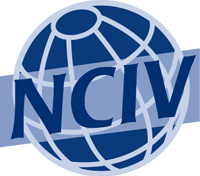 Effective partnerships with the local offices of elected officials around the United States are important for all NCIV member organizations. Visits to the offices of elected officials are often an important part of an International Visitor’s (IV) program. Meeting IVs is often of great interest to lawmakers and their staff. Providing elected officials with the oportunity to meet IVs allows elected leaders to see the benefits of exchange programs and secures their continued support. “I have seen this time and again,” notes Kyle Moyer, NCIV Board Member and Chair of the NCIV Advocacy Committee, “getting International Visitors in the door can really turn a legislator into a champion. The IVs are the best advocacy our network can leverage.”

From July 26-30 the Miami Council for International Visitors (MCIV) hosted a delegation of South African Parliamentarians on the Legislative Leadership for Educational Transformation program managed by Meridian International Center. This International Visitor Leadership Program (IVLP), studying new innovations in education, served as an excellent example of how exchange programs impact participants and assist NCIV member organizations in building partnerships with elected officials. Annette Alvarez, Executive Director of MCIV, had a regularly-scheduled advocacy meeting with Maytee Sanz, Congresswoman Ileana Ros-Lehtinen’s District Director, a week before the IVs arrived. Alvarez offered to help Ms. Sanz provide substantive program activity for the 30 interns working in the office. Appreciating the help, Sanz hosted a meeting for the IVs during their stay in Miami. “Even when the Congresswoman is not available, opportunities like this to meet with staff are extremely important,” says Alvarez.
In addition to building relationships with Congresswoman Ros-Lehtinen’s office, the visit also make a lasting impression on the South African participants. According to Anele Mda, South African Member of Parliament, South Africa is a country where youth are not easily engaged in politics, nor are they attracted to opportunities in parliamentary offices. The visit with Rep. Ros-Lehtinen’s interns inspired Anele to try and implement changes in South Africa, “The idea it gave me,” she said, “[is that] to lure young people to government . . . [we] need to use public representatives as a launch pad [for] cooperation and relationship building between youth and government.” Ms. Mda continued that the visit gave her “in-depth insight” into how a congressional office connects legislators with their community. In South Africa, she commented, “So many of our public representatives neglect our people immediately after ascending to power.”

What struck Mda the most, however, was the level of interest and respect the Congresswoman’s staff paid to the delegation, “Even though we were a delegation from a developing country, [compared to the] people of a developed state like the United States, they never looked at us and assumed we had nothing to share,” she recalled.

The human impact of exchange programs and the stories they generate are the best advocacy tools organizations working in public diplomacy can find. Effective advocacy depends on meaningful story telling. When asked how she set about establishing relationships with her representatives Alvarez answered, “I made a concerted effort to be in regular contact with Congresswoman Ros-Lehtinen’s office as a ‘thank you’ for [supporting H.R. 1402] recognizing NCIV’s 50th Anniversary.” “Through a combination [of] advocacy visits and introductions of exceptional IVs,” Alvarez continued, “[Ros-Lehtinen’s] local office team [has come to] understand our privileged role as citizen diplomats.” Bringing IVs into an office can form the cornerstone of an organization’s partnership with their elected officials.

Another excellent example where an IVLP program provided the opportunity to build partnerships with elected officials comes from Scottsdale, AZ. The British American Parliamentary Group (BAPG), another Meridian International Center managed IVLP program, visited the World Affairs Council of Arizona in August. The program centered on constituent services, citizen advocacy, voter dynamics, and the use of technology in elections.

A meeting with Arizona State Representative Heather Carter of Scottsdale, AZ, inaugurated the BAPG professional program. After the visit Rep. Carter blogged, “This weekend I had the pleasure of meeting four members from the House of Commons of the British Parliament. They spent the weekend interacting with local elected officials and learning about the American political system, as well as Arizonan hospitality. I am honored to have shared the opportunity to converse, share ideas, and collaborate with such bright, international delegates.” The group later met with Arizona Secretary of State Ken Bennett, who drove two hours from Prescott, AZ, to speak with the IVs.

As organizations in the exchange field find it increasingly necessary to demonstrate their effectiveness, it is essential to learn to use the power of stories. Fortunately for anyone in this position, the IVLP generates a wealth of potent and compelling stories. Not only can these stories show the value that exists in exchanges, but they can also help to build strong partnerships with elected officials. As Mr. Moyer observes, “partnerships with elected officials are critically important to the future of any organization in this field.”