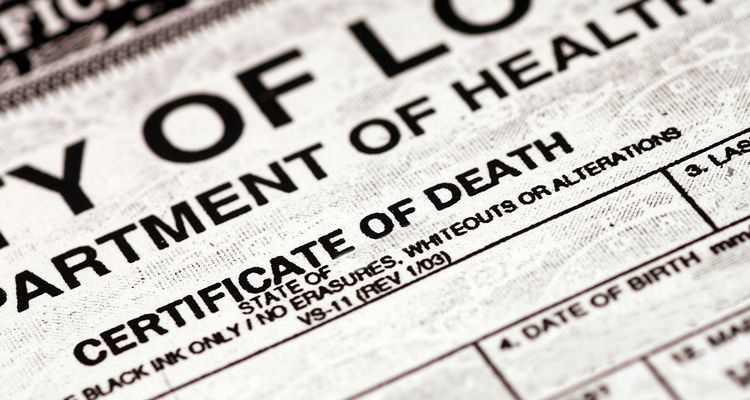 While coping with the death of her father, Amy Rodenburg also had to deal with the frustrating task of finding someone to sign his death certificate.

Although he died in a hospital teeming with doctors, the family’s funeral preparations were hamstrung for lack of that crucial signature.

“There was a lot of finger pointing,” the Scottsdale resident recalled. “We couldn’t get the story straight.”

A bill approved Thursday by the state Senate is meant to clear up some of the murkiness that frustrated Rodenburg and her family. With a 24-6 vote, the bill will go to Gov. Jan Brewer for her consideration.

House Bill 2370 expands the definition of which medical professionals can sign death certificates, and exempts them from civil liability and professional discipline if they act in good faith.

“When you’re grieving, the last thing you want to do is navigate through the medical system to get a death certificate signed,” said Rep. Heather Carter, R-Cave Creek. She sponsored the bill, inspired by Rodenburg’s plight.

If it becomes law, the bill could provide some relief for medical-examiner offices across the state. In Maricopa County, the office is inundated — up to 20 times a day — by requests to sign off on death certificates that otherwise could be signed by health professionals, said Dr. Mark Fischione, the county’s chief medical examiner.

“A lot of the certifiers believe if they weren’t there at the time their patient dies, they don’t have to sign, or they won’t sign,” Fischione told a Senate committee recently.

Matt Heinz said he felt that way when he started working at Tucson Medical Center. Heinz, a Democratic state representative from Tucson, is the only practicing doctor in the Legislature.

“Initially I was real squeamish,” he said of doctors who would ask him to sign the death certificate of a patient he had treated in the emergency room but who had died on another doctor’s watch.

But he grew more comfortable with certifying a death as he observed the practice of more-experienced colleagues, and as he realized families’ funeral plans often were left in limbo while doctors sorted out who should sign.

In addition to doctors, the bill expands the definition of “medical professional” to include nurse practitioners, midwives, naturopathic doctors and physician assistants. If health-care providers don’t sign, the duty falls to medical examiners by default.

For Michele Castaneda-Martinez, that can add up to piles of paperwork. As program manager for the county’s Office of Vital Registration, she said she and her staff have chased after doctors for signatures and at times have prevailed on family members to intervene.

“This holds up the process,” Castaneda-Martinez said, since bodies can’t be transported without a signed death certificate.

Pima County Medical Examiner Dr. Gregory Hess said the bill could go a long way toward educating medical professionals. But he’s not sure if it will erase the wariness he encounters with some doctors, as they have varying comfort levels on what they will sign.

“At least it would be something people could point to and say ‘This is who can and cannot sign,’ ” he said.

For Rodenburg, that clarification could have helped. She was on the verge of having an obstetrician sign her father’s certificate when she finally got the partner of her father’s regular physician to do the duty, allowing funeral arrangements to proceed.