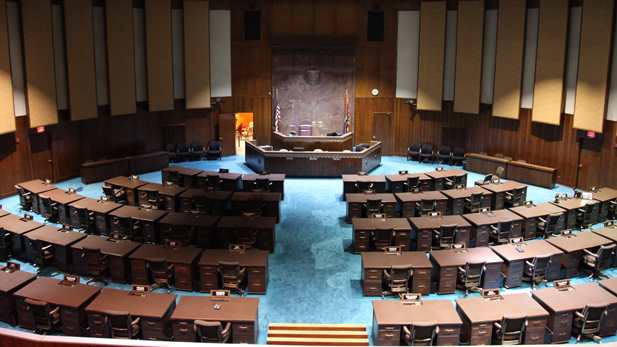 Calling it a “step too far,” lawmakers in the Arizona House of Representatives rejected a bill Thursday that would have expanded taxpayer-funded scholarships for private schooling to thousands of children.

House Bill 2291 went down to a 31-27 defeat after more than two hours of debate about school choice and its effect on Arizona’s public-school system.

“This legislation gives low-income students an opportunity to improve their education,” the bill’s sponsor, Rep. Debbie Lesko, R-Peoria, said as she tried to muster support for what are called Empowerment Scholarship Accounts.

The bill would have allowed parents of children who live in low-income ZIP codes to apply for a scholarship account. The scholarship, funded by tax dollars, is worth about $4,800 and is already being used by 689 students this year. The money can be spent on private-school tuition, tutoring or online instruction or be saved for college tuition.

Figures varied wildly about how many children would be covered under the expansion envisioned in HB 2291. Lesko put the figure at 120,000 students; Democrats argued that it was closer to 400,000. However, the program is capped at 5,600 new students a year, another point of spirited debate.

“It (the cap) can be set this year, changed next year,” said Rep. Bruce Wheeler, D-Tucson and the assistant House minority leader. “That is no assurance whatsoever that the number of people eligible for this program will be contained.”

Legislative budget analysts estimated the program would have cost the state $1 million in its first year and nearly $3 million by 2019.

Lesko’s bill would have opened up the program to children who live in ZIP codes where the average household income is $44,123 a year for a family of four, or 185 percent of federal poverty level.

Supporters said it would have allowed parents to choose the best educational option for their child if they were not happy with the choices offered by public or charter schools. Critics argued that the program lacked any accountability, such as testing to gauge students’ academic achievement. And, they added, Arizona already offers an array of school choices, although most are in urban areas.

Rep. Heather Carter, R-Cave Creek, was one of nine Republicans to vote against the bill. She noted that open-enrollment charter schools and the state’s school-tuition organizations provide lots of choice. But the scholarships, enacted in the name of helping low-income students, are “a step too far,” she said. “We are driving taxpayer dollars into a system of private schools,” she said. “If I want to send my daughter to a private school, and I can’t afford it, I can go and apply for a tuition tax credit.”

Rep. J.D. Mesnard, R-Chandler, switched his vote to “no” in the closing minute of debate to give him the option of bringing the bill back for reconsideration. He has until Monday to make such a request.